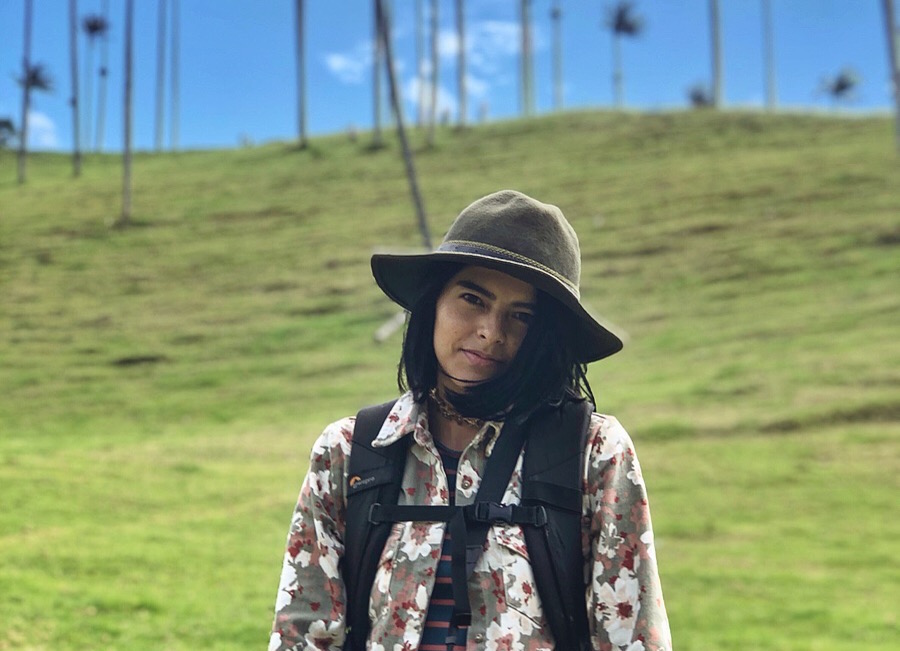 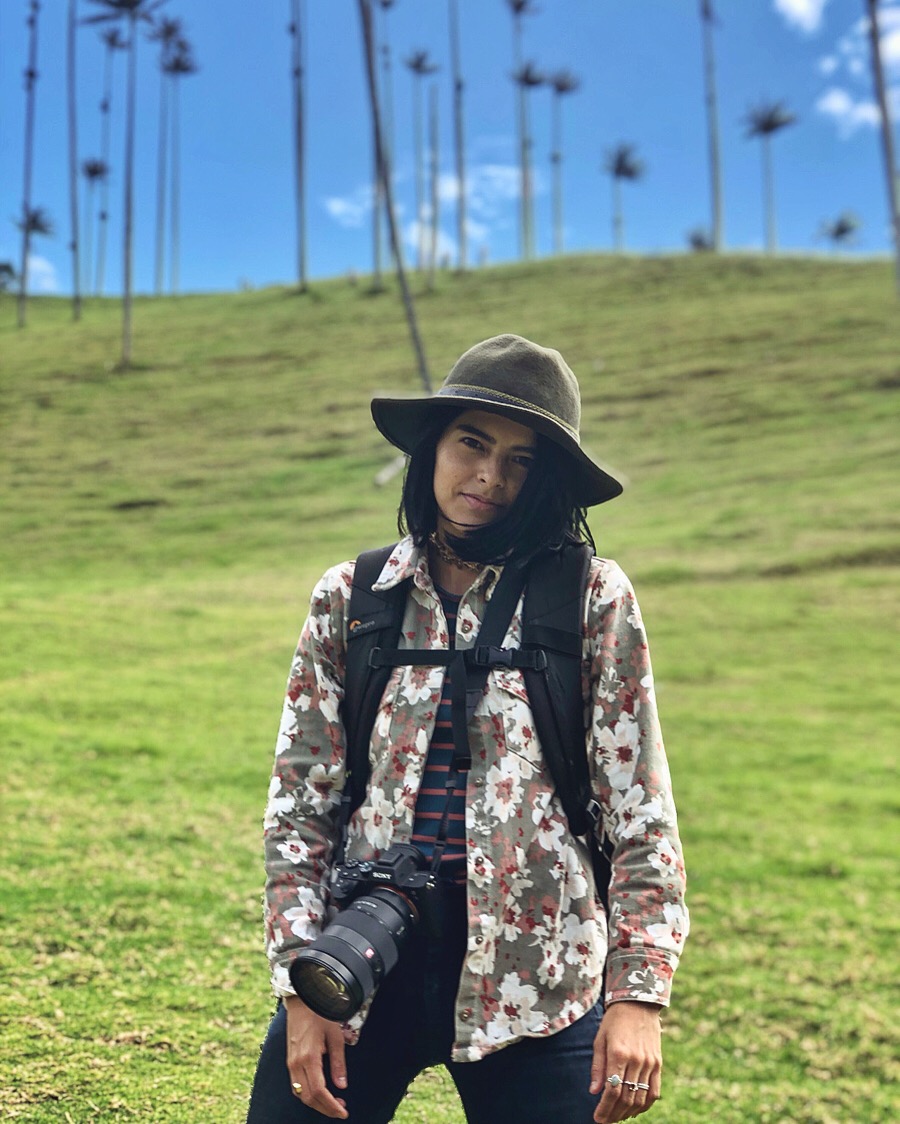 For the better part of a decade, photographer, filmmaker and content strategist Lucia Bawot has been capturing coffee in crystalline detail to help form supply chain narratives and communicate value.

Bawot’s work has been prominently featured in the pages of coffee magazines such as Roast and Standart, and utilized by companies such as Olam International, S&D Coffee & Tea and others. 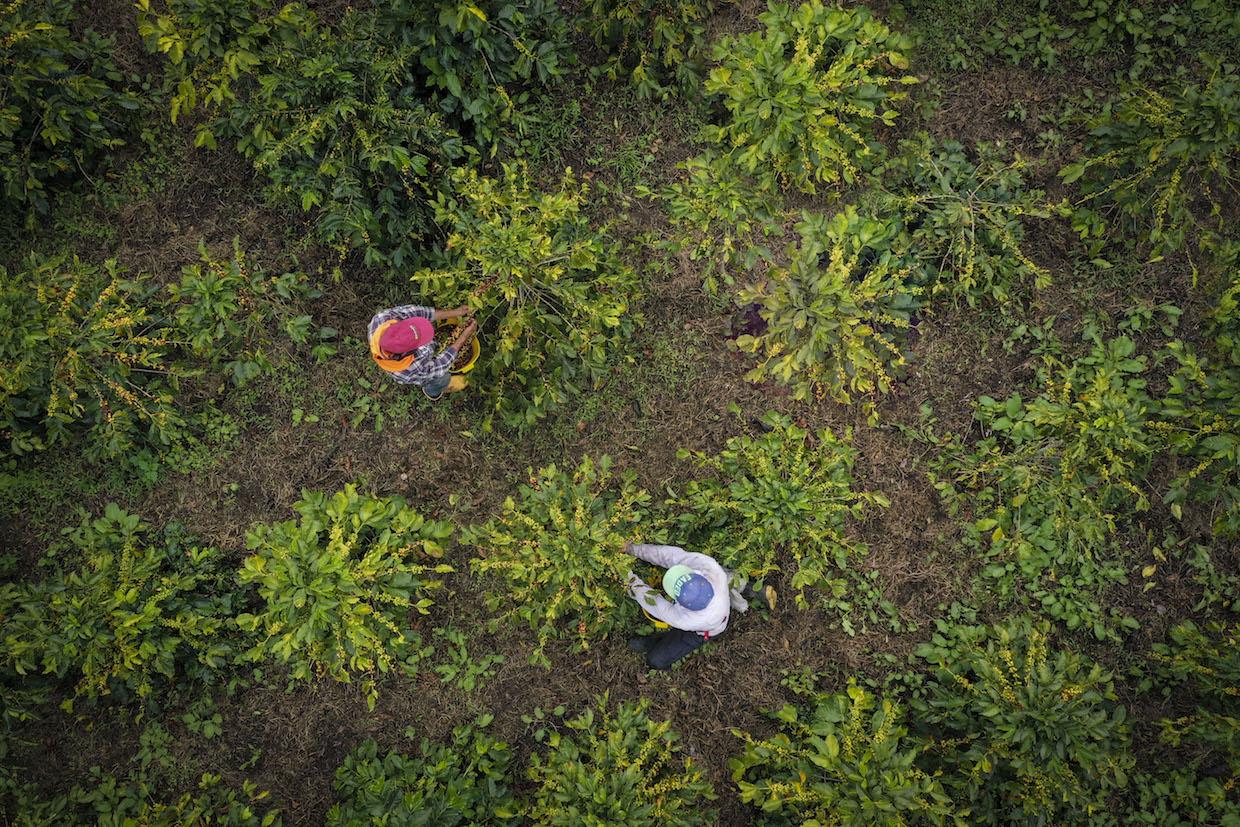 Her craft is arguably as critical to the goals of specialty coffee as those of the roaster or barista, as it illustrates stories from different points in the supply chain and captures scenes of progress from various farm-level projects.

As the human behind the camera, Bawot, too, has a story. Born in Armenia, Quindío, Colombia, Bawot is the granddaughter of a prominent coffee producer, and got her degree in photography from the Universidad de Palermo in Buenos Aires. 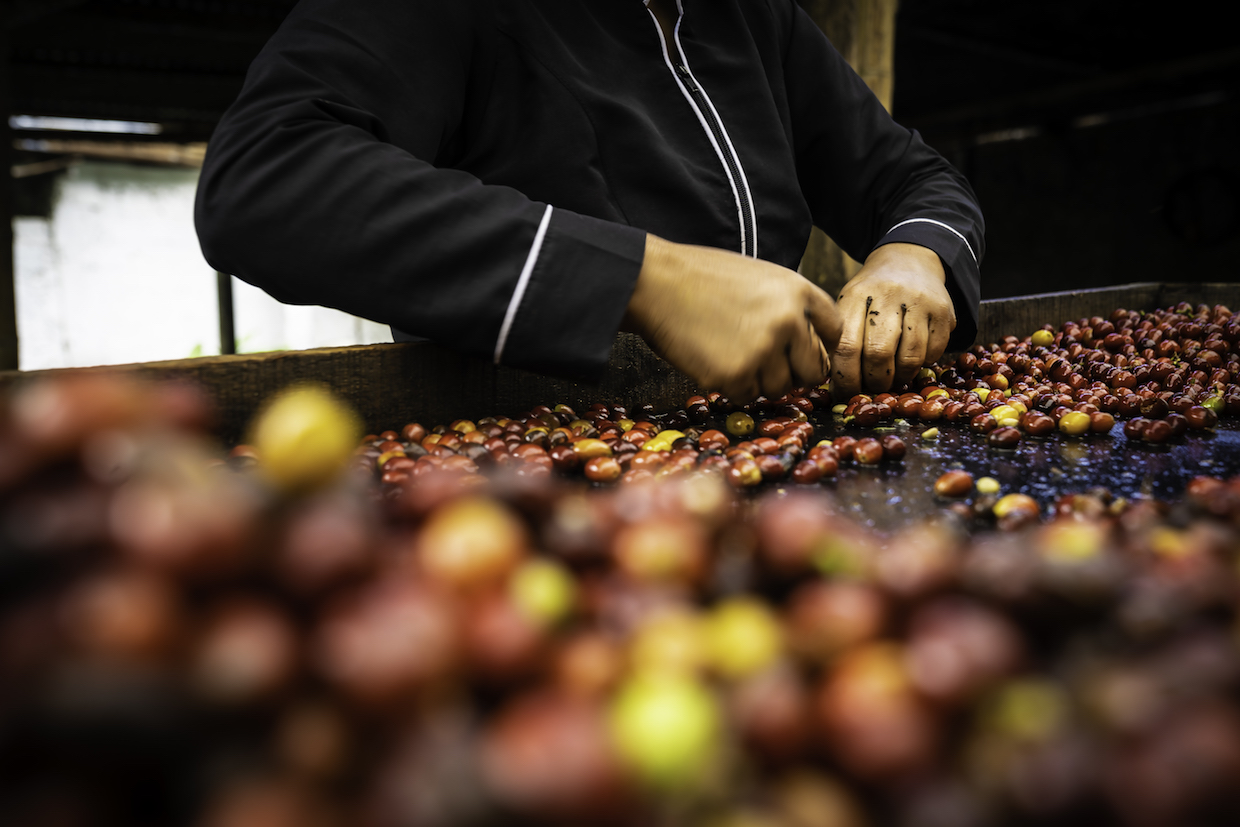 Bawot also studied sustainability and economics at the Universidad de Chile and took online marketing strategy courses from Northwestern University. Her playlist while working bounces between binaural theta waves and classic salsa; her work has carried her to remote locations throughout Latin America; and wherever she goes, she’s always on the lookout for new and exotic fruit.

“In the beginning, my motivation was romantic. I wanted to take photos and go to coffee farms,” Bawotrecently told DCN. “At that time, my understanding and opinions about the coffee industry weren’t strong. I was young and seeking opportunities. But after all these years, I have visited more than 320 coffee farmers throughout Latin America, I have worked with more than 12 leading companies in the industry and, more than that, I have spent long hours educating myself. I’ve come to realize the nuances within the coffee industry, and how nearly nothing is black and white. Rather, we have to learn how to put ourselves in the shoes of many.” 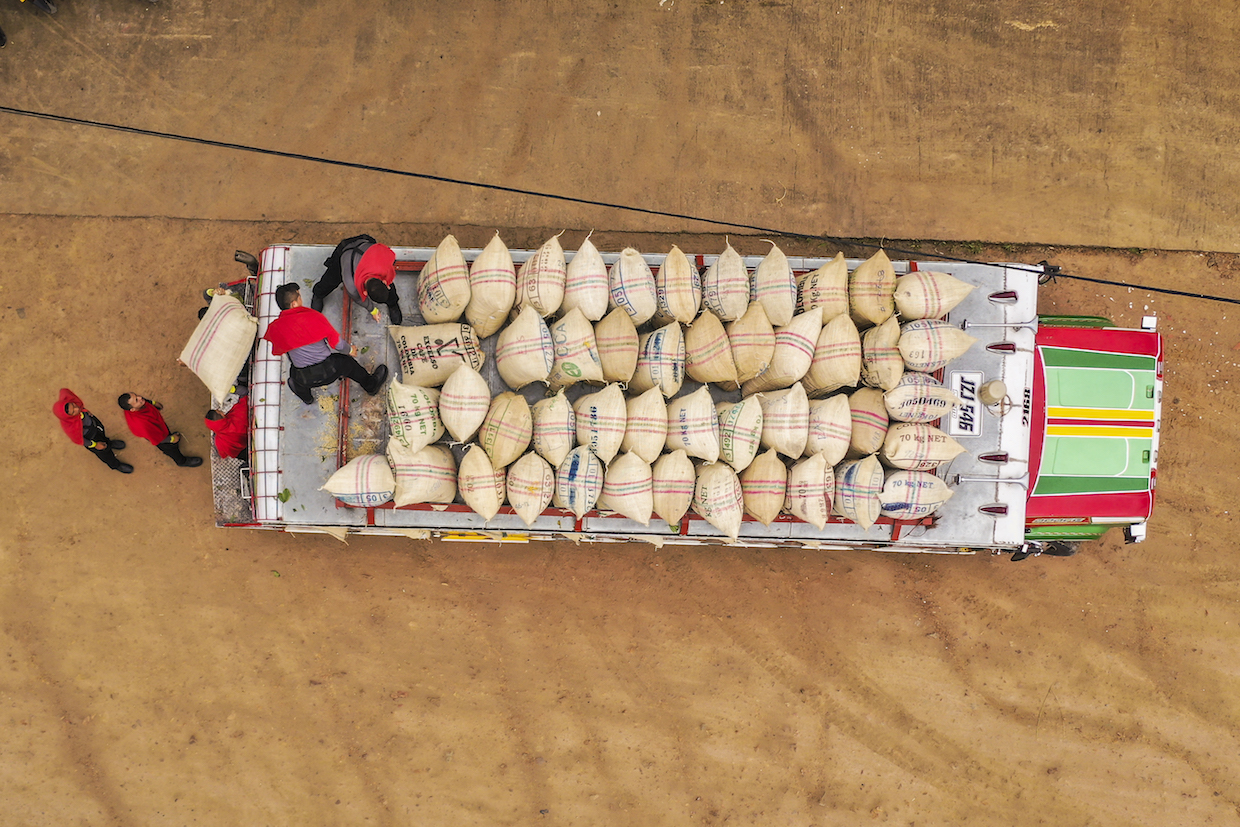 A native Spanish speaker who’s fluent in English and proficient in Mandarin, Bawot currently lives in New York City and is currently working on a longer-term book project called We Belong, focused on women in coffee.

“I’ve seen with my own eyes that women coffee producers, and their stories, do not get the exposure and representation they deserve,” said Bawot. “The book will be a visual glimpse into a side of coffee most haven’t yet seen: that of femininity and intimacy.” 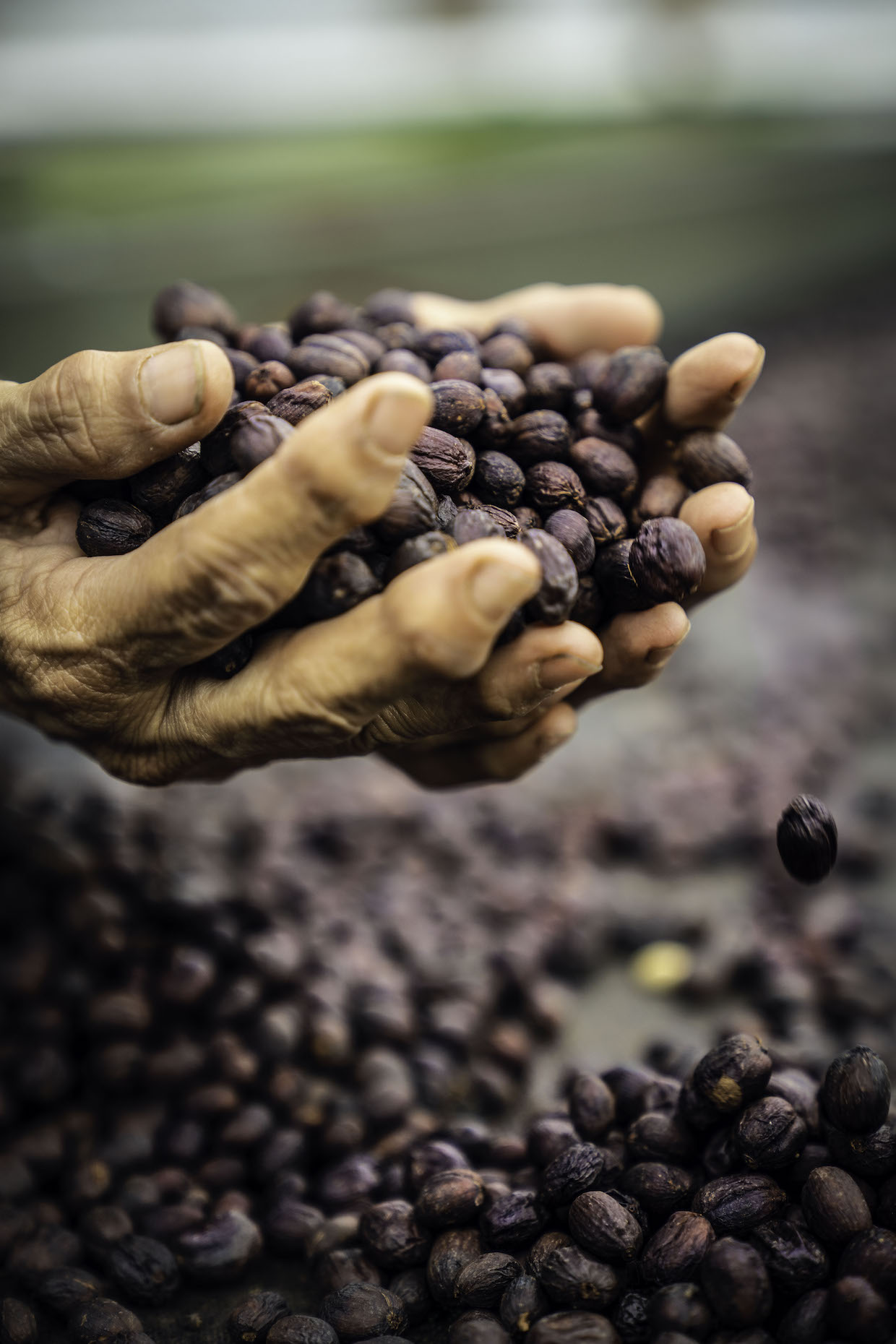 Photo of the ongoing project We Belong shot by Lucia Bawot. Producer in the photo: Ester Jaramillo.

This year and next, Bawot will be traveling throughout Colombia to document as many stories of female coffee producers as she can. Daily Coffee News recently caught up with Bawot to learn more about her background, her inspirations, and the delicate balance of issues and concerns she must juggle on the professional path.

[note: some responses have been shortened for clarity.] 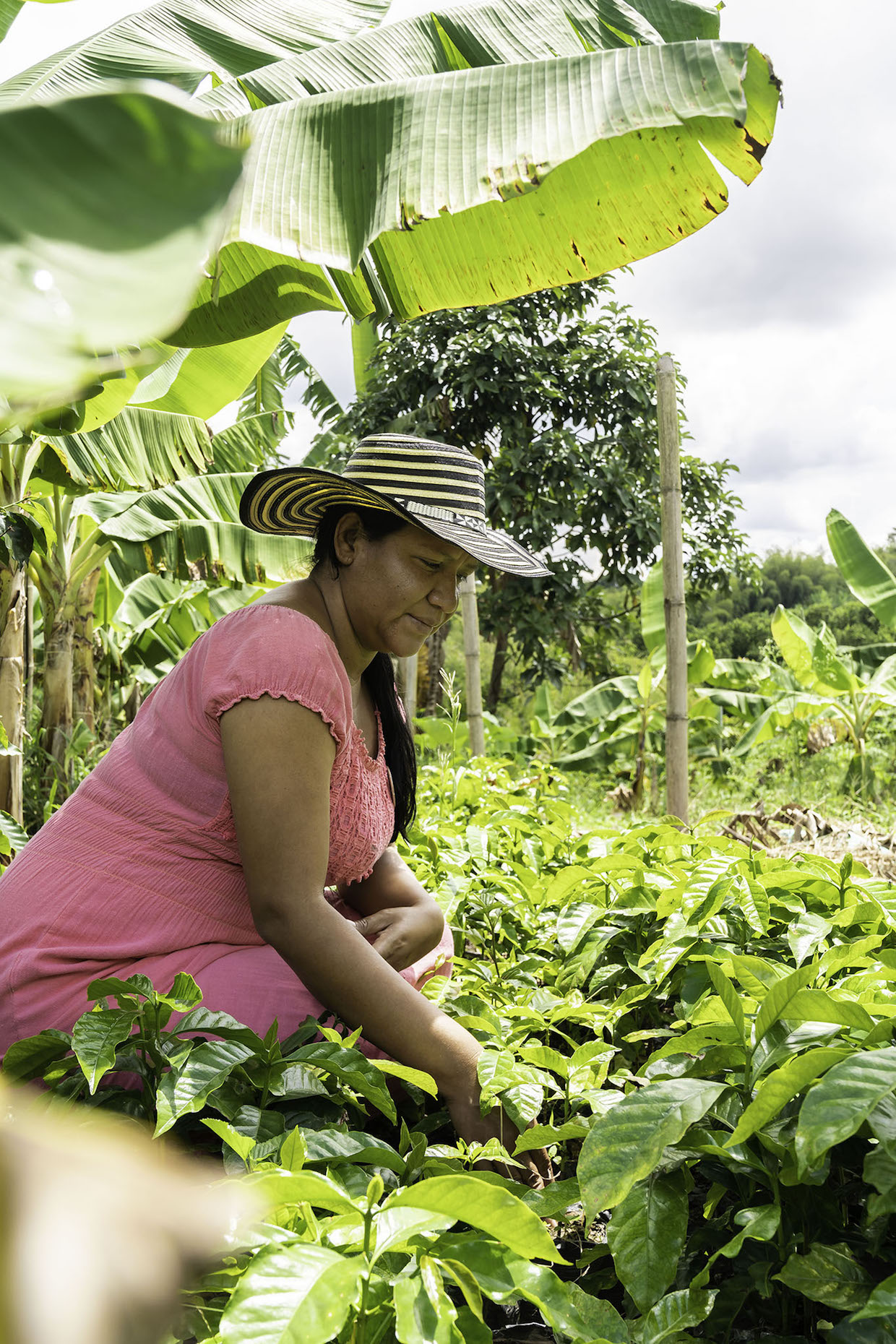 Photo of the ongoing project We Belong, shot by Lucia Bawot. Producer in the photo: Leanis Fernández

Daily Coffee News: Was the coffee industry your original muse as a photographer, or were you drawn to it later?

Lucia Bawot: You might be thinking, “Of course coffee was the obvious choice, it sounds like the perfect movie plot” — but it wasn’t thanks to my grandfather that I got into coffee. In fact, none of his 20 children — yes, 20 children! — got involved in coffee.

I was drawn into coffee while still finishing university in Buenos Aires, Argentina, where in October 2013 my morning mates turned into black coffees. I had the extraordinary opportunity to go as a volunteer photographer for Sustainable Harvest at its event Let’s Talk Coffee in El Salvador, and the rest is history.

Are you active in other arts or occupations?

I’d like to think I live actively within art. It stems from an intrinsic sensitivity we artists almost all have. That said, beyond photography, one that goes back to my childhood is painting. I can truly spend hours doing it without even realizing it. My painting style is messy and overloaded, while my photography is structured and clean. They make a good balance.

The second one has to be writing, one that flirts with me from time to time. The idea of publishing a book of my family’s story is on my bucket list.

What are some other arts, artists or subjects that have inspired you?

I have so many and the list keeps growing, but the top one for years has been Anthony Bourdain. I admired his approach to traveling, his writing skills and his raw honesty. Sadly, he left us so soon.

As an inside ritual I do every time I embark on a coffee origin trip is to read a quote by him: “Travel isn’t always pretty. It isn’t always comfortable. Sometimes it hurts. It even breaks your heart; but that’s okay. The journey changes you. It should change you. It leaves marks on your memory, on your consciousness, on your heart, and your body. You take something with you. Hopefully, you leave something good behind.”

How do issues of exploitation and representation play into your judgments when photographing coffee producers and workers on farms?

Frankly, my experience in coffee has an implied bias. I’m not the one choosing which farmers we visit. Those companies that hire me have a specific goal in mind, and I’m expected to create content that aligns with those companies’ goals, along with their values and vision. Thus, the opportunity to give my opinion and input is quite limited.

I’ve never felt the work I get hired to do is exploitative; the producers I’ve visited were asked for their consent, were not forced to do or show something that was not true. The majority were willing to share their stories with us and those that weren’t simply didn’t sign the photo release and opted not to participate. But despite this, of course I have developed some critical opinions.

Farmers are many, but those who have ideal stories for marketing are few, so first I think those producers should be paid for their role in the content being created. In the end, they’re representing and speaking up for the rest of the group.

Second, my biggest struggle is about the Terms of Use of the content. Yes, typically producers sign a photo release, but it’s never clear for how long the company can use this content. I think it would be fair and reasonable if the Terms of Use agreements had a start and end date for the use of this content. And third, I always encourage my clients to make sure to send a selection of the photos back to the producers.

Nevertheless, of course, there are serious hardships at the producer level. Taking Colombia as an example, most coffee producers are small with no more than a hectare and a half. Earning a steady income with a volatile commodity on a small piece of land is tough for anyone. Then, beyond the producers, you have the coffee pickers, which may be the participants in the coffee supply chain working under the toughest conditions. So yes, the hardships of coffee producers and pickers aren’t hard to see, but also I believe those hardships are not the result of one bad actor. There is a lot of room for improvement from all industry participants.

Furthermore, from my point of view, feeling pity for coffee producers does not help anyone. We can be agents of change, and we can support and give back to the producers. In my case, that motivation comes from the gap of representation of women in coffee, and that’s why I decided to start my project, We Belong. I feel it is from my expertise where I can give back and help to showcase this topic that still is so unexplored. 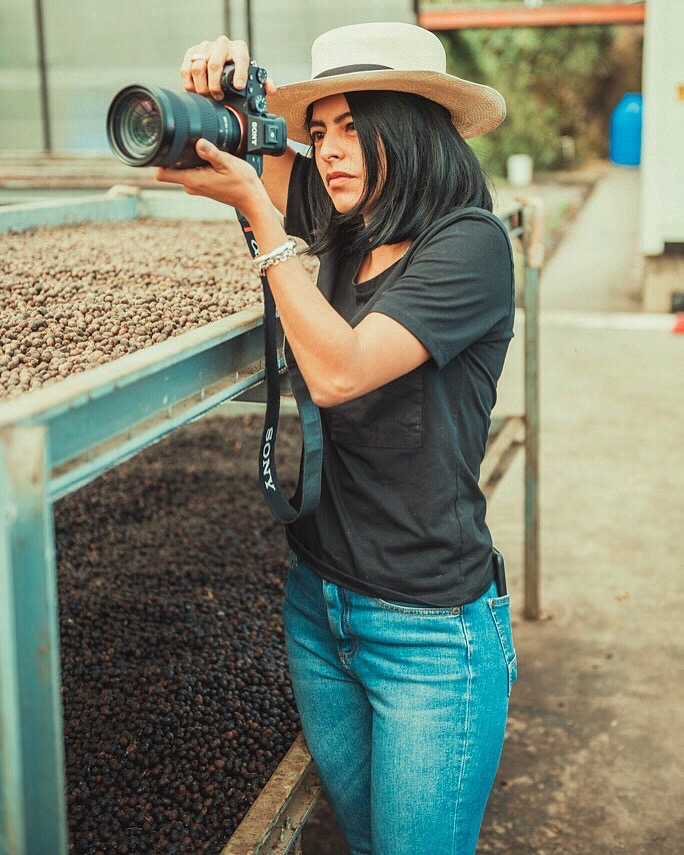 What about coffee inspires you most?

I think we’d all agree there’s something supernatural about coffee, a magnetism that brings people together. Once you get into the coffee industry, you get beautifully trapped. Also, the coffee industry is constantly getting reinvented, and that’s what gets me excited.

What about coffee troubles you most?

Something that troubles me about coffee has to do with how some coffee people — and I include myself because I’ve done this in the past — think we know the whole truth, that coffee should be drank a certain way, for example without sugar, light roast, without milk, using a Chemex or a specific brand grinder, etc. In the end, I think coffee should be experienced how each individual feels like it. Our goal should be to get more people to drink coffee, to enjoy this beverage and to fall in love with this industry, not so much [to enforce] how people drink it.

If it weren’t for coffee, what would you be doing?

Is there someone in coffee who inspires you? Nominate that person for DCN’s “Three Questions” series here.